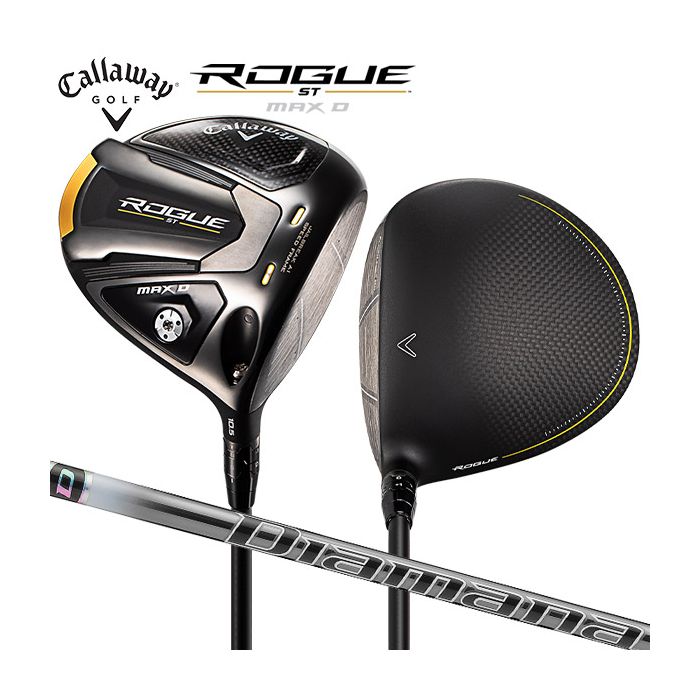 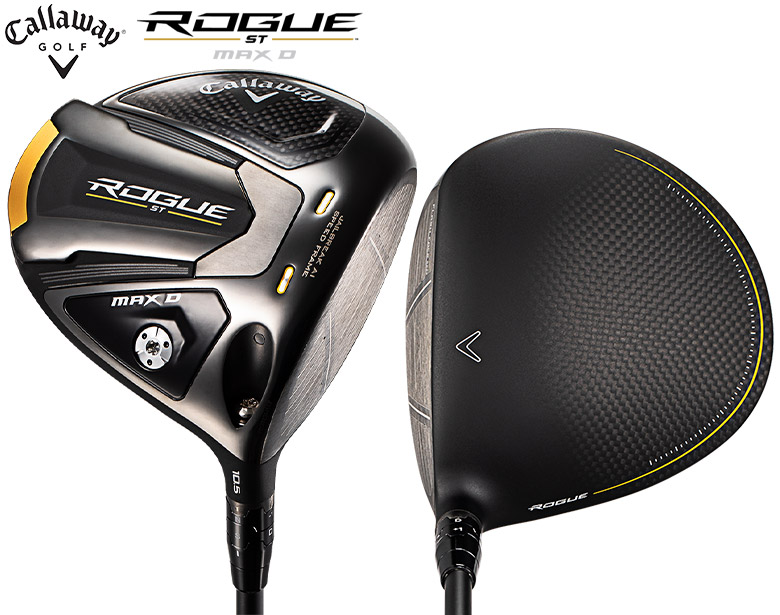 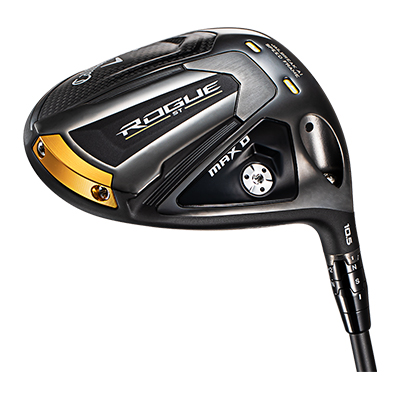 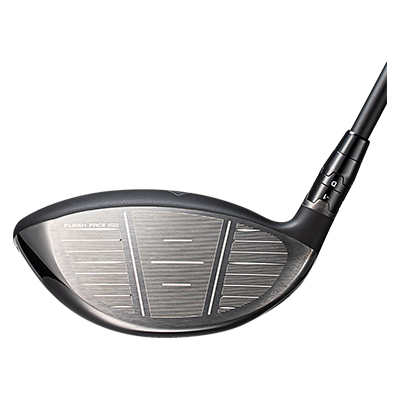 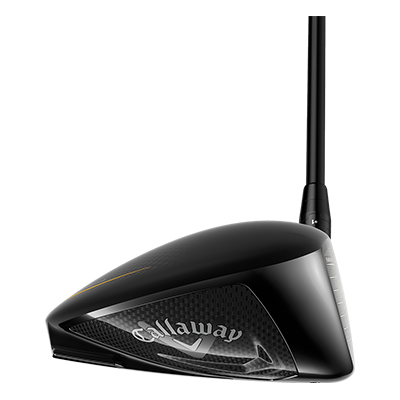 MAX that fits a wide range of golfers and pursues distance and ease of swing In place of the EPIC series in 2021, 2022 is the birth of the ROGUE ST series. The driver has been fine-tuned for all technologies and has undergone numerous evolutionary developments. Callaway's unique AI-designed FLASH face SS22 and JAILBREAK AI speed frame have been made more efficient and optimized, and the body equipped with the triaxial carbon crown and sole has a newly integrated UNI body structure. .. The power of impact is now fully transmitted to the ball. The "ROGUE ST MAX driver", which is positioned as a standard model, has a slightly draw bias setting and stably realizes a straight trajectory with a higher initial velocity than ever before. 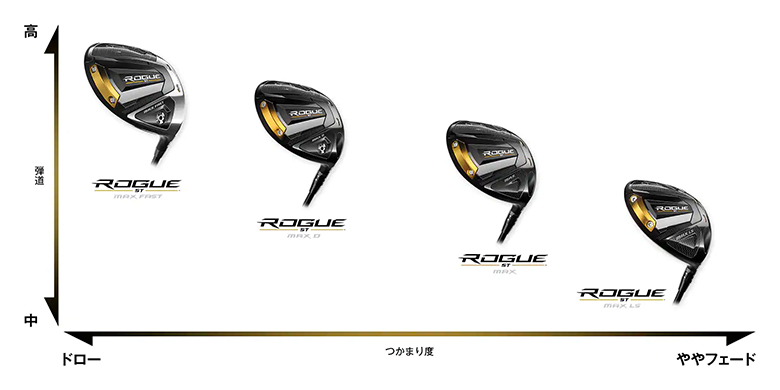 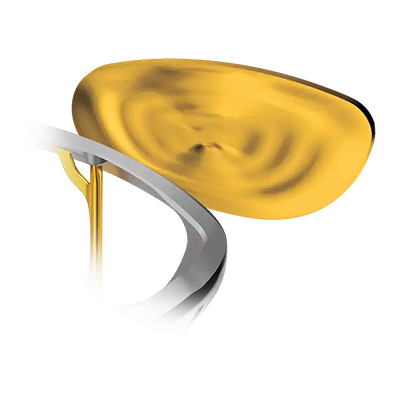 NEW A.I. DESIGNED FACE Re-enter all the spin amount, launch angle, and ball speed into AI, Designed with a new algorithm. Optimize all "three elements of flight" and evolve flight 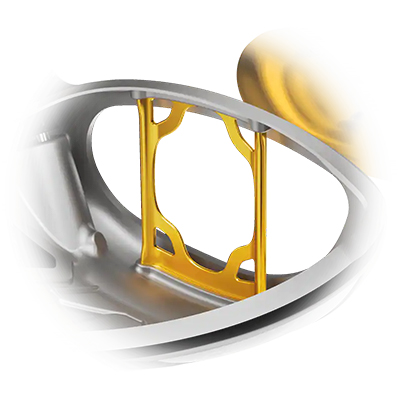 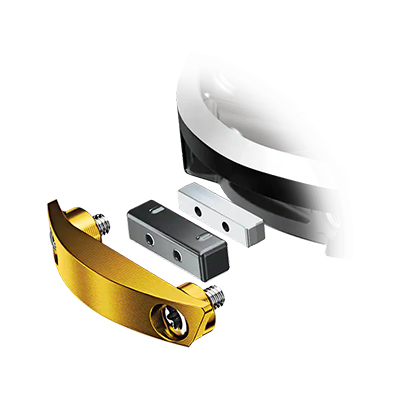 NEW TUNGSTEN SPEED CARTRIDGE A weight of about 11g is attached to the rear of the head. At the same time as increasing the ball speed at the time of off-center hit Increases moment of inertia and improves impact stability

AI-designed FLASH face SS22 optimizes even 3 elements of flight The "ROGUE ST MAX D driver" uses the FLASH face SS22 designed exclusively for this model by AI. The FLASH face SS22 does not only take into consideration the improvement of the initial velocity of the ball and the hitting position of the target golfer as in the past. This time, AI designed and tested with a new algorithm that includes the combination of the three elements of flight, spin, launch angle, and initial velocity of the ball. It has been upgraded to a face that has been optimized for each model and target golfer.

NEW JAILBREAK AI Speed ??frame allows the face to flex efficiently The JAILBREAK AI speed frame, which was first installed in the 2021 EPIC series, has undergone a shape change in the ROGUE ST driver series. In the NEW JAILBREAK AI speed frame, the height of the lower frame has been increased and the rigidity of the sole side has been improved. As a result, while keeping the effect that the power of impact is concentrated on the face as in the past, the difference in rigidity between the crown side and the sole side makes the face bend more efficiently.

NEW Tungsten speed cartridge, screw weight, etc. for draw bias In the ROGUE ST driver series, a new tungsten speed cartridge has been adopted. In the 2021 EPIC series, screw weights and perimeter weights were mounted on the rear of the sole, but the tungsten speed cartridge has a long sideways shape, and the mounting position has also moved to the rearmost part of the head. The center of gravity can be made deeper and lower, and the high moment of inertia stabilizes the head during a swing and improves the initial velocity of the ball during an off-center hit. The "ROGUE ST MAX D Driver" is equipped with a screw weight next to the adjustable hosel, and with the addition of an upright design, it is a model that makes it difficult for the ball to come out to the right due to draw bias.

Also adopts triaxial carbon and head shape considering aerodynamics The integrally molded body is combined with a triaxial carbon crown and sole. Due to its high rigidity and extremely light weight, it creates excess weight and greatly contributes to the optimization of the center of gravity. The head shape also reflects Callaway's many years of aerodynamic knowledge, reducing air resistance during downswings and increasing swing speed. The neck is equipped with an adjustable hosel that can adjust the loft angle and lie angle. 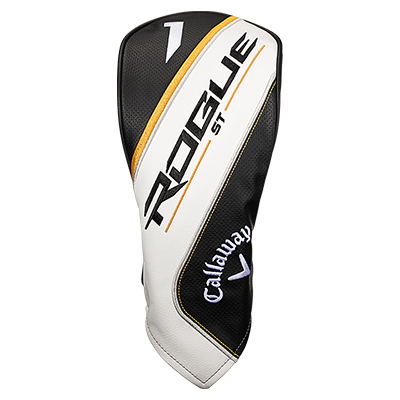 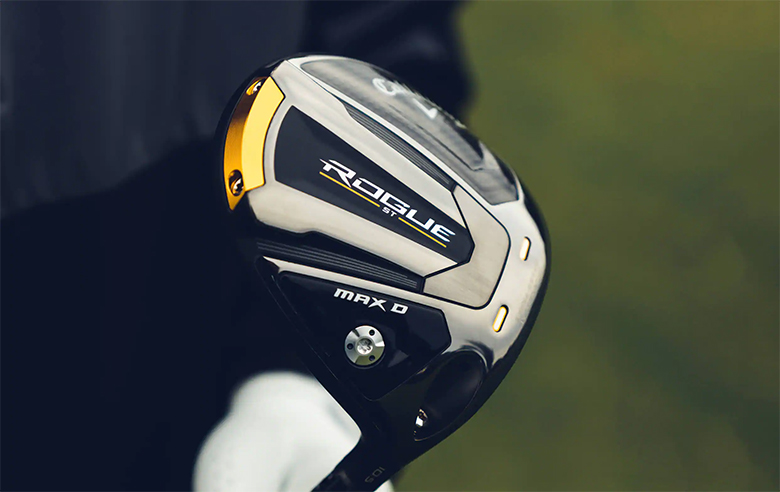